We explained earlier that the RDC philosophy is centred on business ethics and a principled approach to negotiation that seeks to maximise the value of the outcomes for both parties.  We have described how to build trust so that the parties can be honest about their underlying interests and seek for a ‘Win-Win’ resolution.  Rather than locking the parties into a set of confrontational stances, this principled approach to negotiation avoids a personalised joust.  It seeks a fair deal for both parties, but one which they can both be motivated towards because it maximises their own payoff.  This approach can be extended to create additional value above and beyond the value that either of the parties involved in the negotiation could find in isolation; what has been called a ‘Super-Win’.  We have also cautioned that negotiation involves compromise and therefore should be avoided if possible in preference to straight forward buying and selling.  It’s now time to dig a bit deeper into these concepts and find a way of expressing the ideas so the relationship between them is clearer.  The following picture of the negotiation ‘bow-tie’ can be used to plot the relationship between the horizontal scale, which shows the value rising from left to right, and the vertical scale which simply indicates how the total value of the deal is shared between the parties: Let’s begin by looking at the knot in the centre of the bow-tie.  This represents the sort of ‘middle-of-the-road’ deal that can be achieved through good old fashioned buying and selling.  In a fairly open and stable market, the buyers are searching for products and services that will satisfy their needs at a price they are willing to spend, and the sellers are looking for customers to buy their goods at a price that covers their costs and provides them with a living.  This is a straightforward sale and purchase: no conflict: no compromise.  That is the situation depicted by the knot in the centre of the bow-tie, where the parties in the market decide on a fair price.

To the left of the knot, we see a different situation where both parties realise there is a conflict they need to resolve.  They enter a negotiation in which eventually they both make some concessions but feel that they have both shared the pain equitably and so their joint perception is of a ‘Win-Win’ result.  However, what you see from the bow-tie is that this outcome is further to the left on the scale of value.  It represents a balanced compromise, but at a lower point of total value.

To the right of the knot we see a much more interesting result.  Both parties again realise there is a conflict they need to resolve.  They enter a negotiation in which they successfully build rapport, understanding and trust to the extent that they can be open and honest about their interests.  They also look beyond the boundaries of the issues that caused the conflict, searching for other linkages and opportunities.  Eventually they both realise that it is possible to trade some concessions in a way that results in increased value for both parties.  For example, one concession may cost Party-A $1,000 to give away but may represent a value of $5,000 to Party-B.  This is what we call a lever.  Where this turns into a ‘Super-Win’ is when Party-B is able to offer a concession that costs them only $1,000 but is worth $5,000 to Party-A.  In this example, the section of the golden bow-tie to the right of the knot represents a total gain in value of $8,000 shared equally between the two parties.  Cynics may say this sounds a bit like the magic of alchemy which believes that base metals may be transmuted into gold.  But there may be a serious lesson to be learned from alchemy which coins the Latin maxim “solve et coagula” meaning to separate and to join together.  This resonates with our approach to negotiation, where we first separate fact from perception; and emotion from pragmatism; before joining the parties together in understanding and cooperation, resulting in the creation of more value than either party can create in isolation. 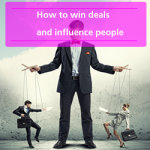 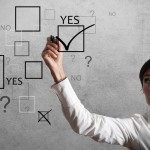 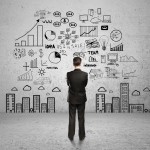